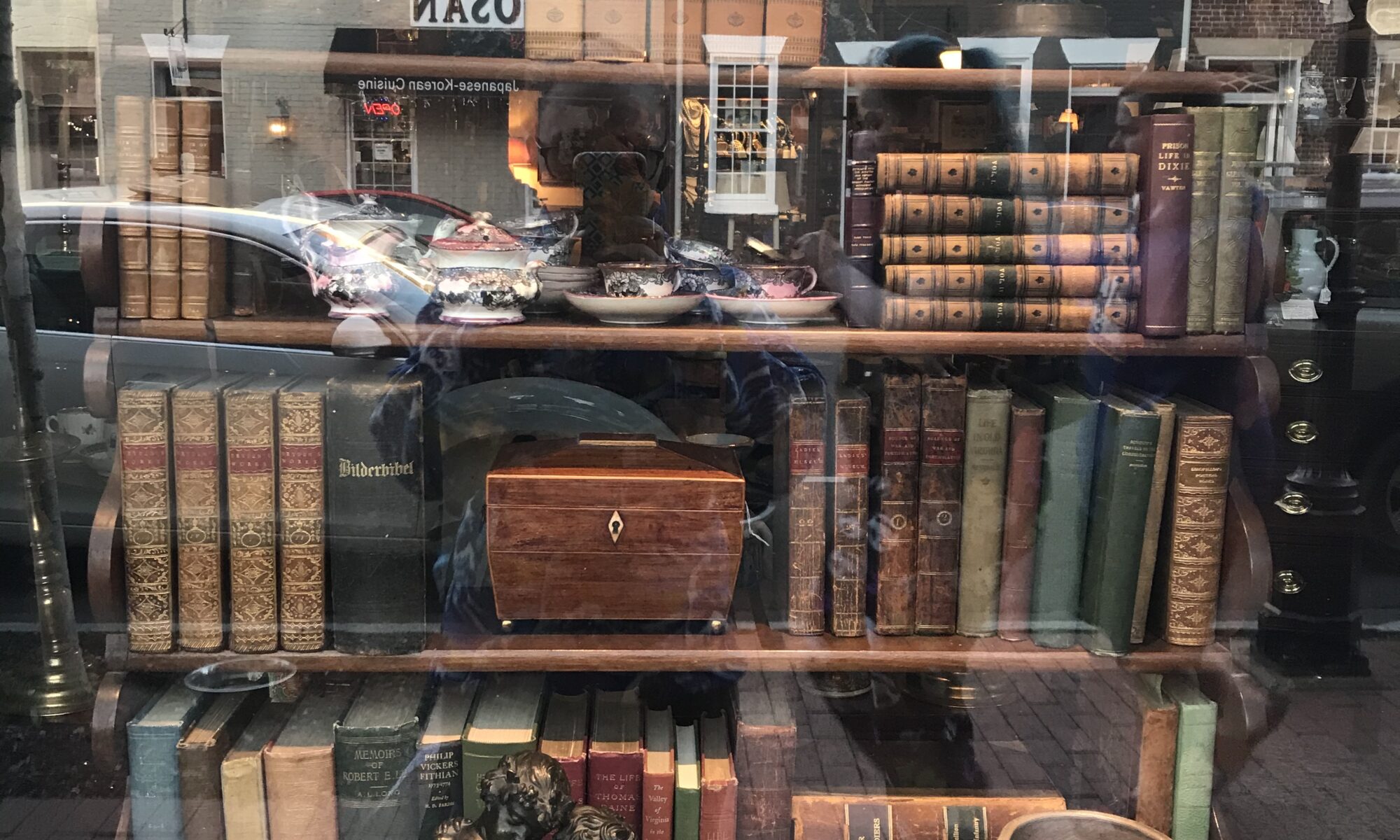 The Princess Bride by William Goldman
CW: some outdated language related to disability, and weak female characters
I reread Cary Elwes’s memoir about the making of The Princess Bride movie last month so I thought I’d reread the book this month. It’s still pretty weird (in a good way). If you haven’t read it, a large part of the story is the framing narrative where Goldman tells you about his father reading this story to him as a boy and editing out all the boring parts as he read aloud, which causes Goldman to want to publish an abridged version of The Princess Bride, which he claims is a historical novel by S. Morgenstern from Florin. Goldman is constantly popping up in italics throughout the book to tell you what he cut out of the ‘original,’ or about what he or his son thought about the book at a particular point. The first time I read it I simply skipped all the italics and read only the parts about Westley and Buttercup. I still love the book in all its quirkiness, oddness, and hilarity, but the character of Buttercup really does leave something to be desired. In the movie she’s dignified and helps to balance the humor playing against the ridiculousness of the other characters (even though she does absolutely nothing to help Westley with that R. O. U. S.), but in the book she’s just kind of dumb. For a guy that claims to have written the book for his two daughters, Goldman could certainly have written a stronger female lead. The book came out in 1973, which was a while before the ADA, but reading the book today, now that I know something about ableism makes me a little uncomfortable in some places. I don’t love how Fezzik is treated, even by Inigo, often called an idiot and berated for not remembering things or not doing something right. As far as Vizzini (who has a physical deformity in the book) and the Albino, it seems like they’re only evil because they are not physically ‘normal.’ All that being said, I firmly believe you can love something and still be critical of it.
3.5/5 King Bats

Fool Moon by Jim Butcher
The Dresden Files book 2 of 17
I read the first Dresden Files book absolutely ages ago and while I enjoyed it, reading the rest of the series got put off and this poor book languished on my To Read Shelf for years. I finally read it and Harry Dresden is as fun as ever. The quote on the cover of the book from SF Site says “Butcher keeps the thrills coming,” which is absolutely the right way of describing the book. Every chapter Dresden gets in more trouble as he tries to identify the lupine killer that runs wild every full moon. I also really appreciate his talking skull, Bob, and the strong female characters that help Harry get the job done.
3.5/5 Hexenwulfen

Haben: The Deafblind Woman who Conquered Harvard Law by Haben Girma***
CW: ableism, racism, discrimination against individuals with disabilities
If you don’t know who Haben Girma is, you need to get on that. She’s so cool. I learned so much from this memoir. Haben is a Deafblind, Eritrean-American who is a disability rights advocate. Her memoir follows her journey navigating the world with her disability from a young age through college and eventually at Harvard Law and beyond.
3.5/5 braille keyboards

The Girl Who Drank the Moon by Kelly Barnhill
CW: institutionalization and torture of an individual with disabilities
This was a delightful little fantasy full of charming characters. The novel is a new take on the fable of the witch who abducts children in the forest. I enjoyed the way the story lines of various characters all wound together and tied off neatly. I listened to the audiobook and I really enjoyed narrator Christina Moore’s performance, especially her voice for Fyrian the Perfectly Tiny Dragon. I feel like because of the content warning and the fact that this is a children’s book, I have to tell you that it has a happy ending.
3/5 tiny dragons

Breasts and Eggs by Mieko Kawakami***
CW: mention of sexual abuse of a child
This is Japanese author Mieko Kawakami’s first work to be translated into English and let me say I’m excited for more of her writing to make its way over here. Breasts and Eggs explores femininity, sexuality, feminism, and asexuality, many of which are somewhat taboo subjects in Japan. The novel is beautifully written and full of that wonderful dreamlike quality that seems to permeate Japanese literature. It focuses on female characters who are brightly depicted. I found the book because of this lovely New York Times article. A synopsis and other recent translations of female Japanese writers can be found here.
4.5/5 sperm donors

With the Fire on High by Elizabeth Acevedo ***
Book Hangover Alert**
I adored this book. I’ve been picking it up every time I’ve gone into a book store for like the last year because the cover is gorgeous. I finally checked it out of the library. Do yourself a favor and just buy yourself a copy. The novel follows a young Philadelphia native with African American and Puerto Rican roots named Emoni. Emoni is a teen mom with a love of culinary arts. I tend to avoid books about teen moms because they’re usually very depressing and read like a cautionary tale, but Acevedo captures the nuance of Emoni’s life, the good and the bad, and characterizes her with such depth. I loved the strong and memorable voice and how the story was full of hope. I definitely cried and had a Book Hangover when it was over.
5/5 cinnamon sticks

Beneath the Sugar Sky by Seanan McGuire
Book 3 of 5 of the Wayward Children Series
The Wayward Children series continues with some old friends from the first book, Every Heart a Doorway, and leads us into several more of the plethora of magical worlds tethered to this one. As someone who has always longed to go to Narnia, the Wizarding World, Middle Earth, and Neverland, these books feed my hunger go home through a door picked just for me.
3/5 cupcakes

Kindred by Octavia Butler ***
CW: slavery, rape, abuse, manipulation, violence in the form of slave beatings, suicide, n-word
This book is considered to be the first science fiction by a Black woman. It is so good. Dana, a Black woman living in the 1970s, is unceremoniously sent back in time to save a white child. Whenever he is in danger, Dana is pulled through time to the early 1800s to help him. Dana discovers that the little boy will grow up to be one of her ancestors, so to make sure she is still born, she has to protect him. Modeled on slave narratives, this book is gritty and painful and deals with the complexity of slavery and its legacy. Full of well developed characters, this book helps those of us who have studied slavery to understand more fully why slaves didn’t all “just run away,” or “rise-up,” or “just kill themselves.” Certainly many did those things, but the novel helps to show what kind of power structures were at work that supported the institution of slavery. I urge anyone who thinks Thomas Jefferson and Sally Hemmings were in love to read this book.
4.5/5 near death experiences

Tender Morsels by Margo Lanagan
CW: incest, rape, abuse, gang rape, forced abortion, ableism
It’s rare for me to not finish reading a book. Usually if I start I force myself to suffer through it. I was really excited to read this book. It has won a bunch of awards and I’d heard good things about it. I love both dark fantasies and fairytale retellings. Also I love bears. I thought it sounded right up my ally. But I really hated it. The writing style when following the character of Dought was awful. It was choppy and hard to follow. I think it was meant to sound old fashioned but it just left me confused. I also hated the character of Dought. I did not care about him and couldn’t figure out why we weren’t following Liga and her children anymore (maybe I would have found out if kept reading, but I was tired of suffering). I cared about Liga and her children. That said, the first two chapters just absolutely torture Liga. I’m not against making your characters suffer, but Liga never finds empowerment in her survival.
I made it five chapters before I gave up. I read a few reviews of the book, trying to figure out why anyone would read it. The vast majority were positive. I read one that talked about how many layers are in the novel, how they were sure that this book would be taught in literature classes. Now, I was an English major. I love books with layers. I’m disappointed I didn’t have the same reading experience as this reviewer.
Have you read Tender Morsels? What did you think?
0/5 bears (also because I didn’t manage to read to the part where there were bears.)

***This book is part of my Books for a Social Conscience series! Read Haben to learn about the DeafBlind community and ableism. Read Breasts and Eggs to learn more about women’s experience in Japan as they navigate sexuality with and without men. Read With the Fire on High to learn about identity, hierarchies within Blackness, and classism. Read Kindred to learn more about slavery and unpack what it means to be descended from both slaves and their masters.
Reads marked as part of the Books for a Social Conscience series will regularly address topics like race and racism, colonialism and post-colonialism, LGBTQ+ experience, feminism, BIPOC experience, social and political issues, history, identity, class, disability experience, immigration, gun violence, poverty, colorism, environmentalism, and more! The goal of these books is to diversify the stories we’re reading, grow our empathy for those who are different from us, and amplify voices who are often silenced.