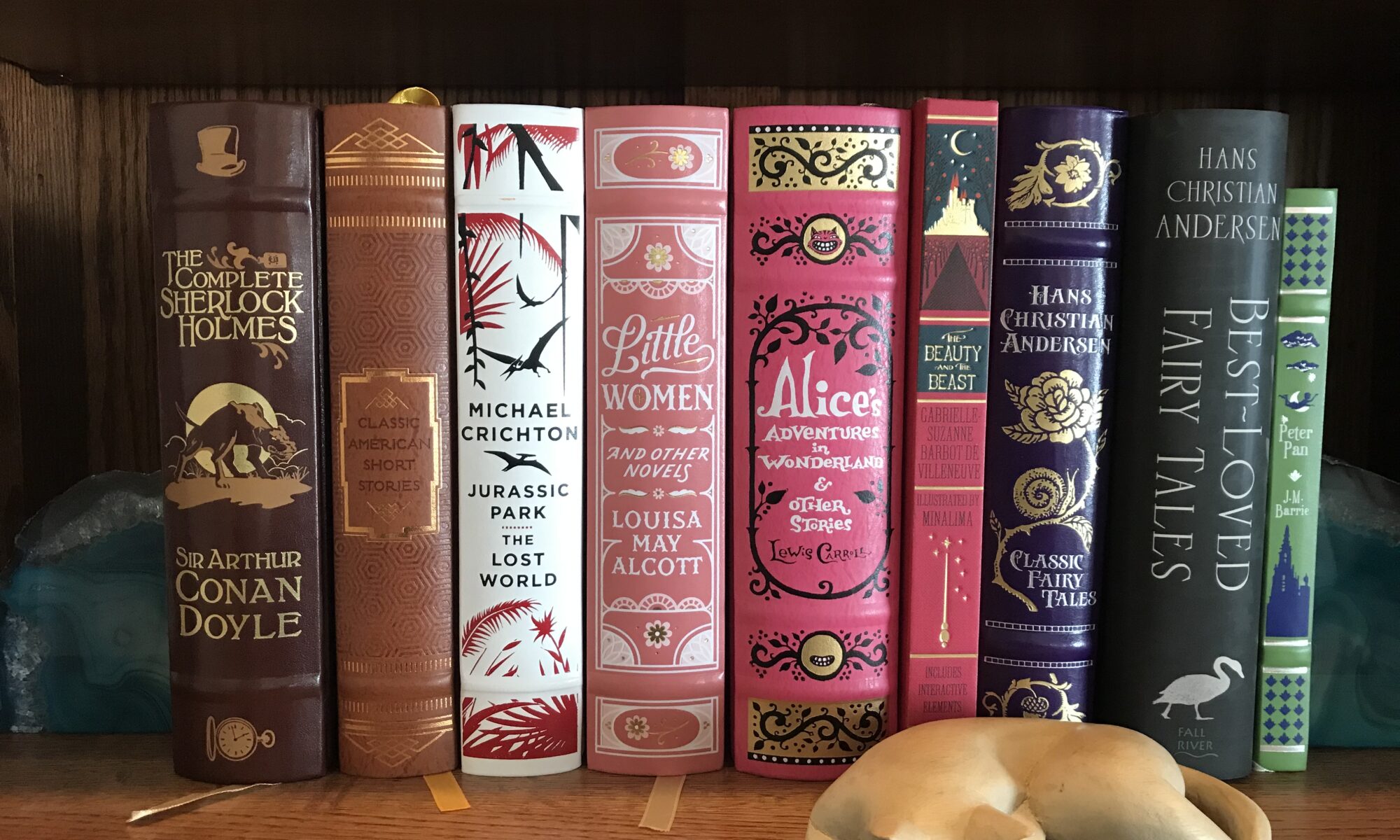 Concrete Rose by Angie Thomas***
CW: unintended pregnancy, gang violence, drugs, and gun violence
I love that Angie Thomas’s books all take place in the same neighborhood. This book focused on Maverick Carter, Starr’s father from The Hate U Give. (If you haven’t already read that book, seriously, what are you waiting for?) Thomas is a master at creating characters and distinctive voices. This book was hard to put down, the tension building masterfully. I loved the way this book examined toxic masculinity, particularly in the Black community, and teenaged fatherhood. I feel like there are a lot of books about teenaged mothers, but not as many that address what it’s like to be a teenaged father. This book also breaks the stereotype of the absent Black father and invites us to examine the systemic barriers and racism that can lead to a father being absent. I liked it a lot, though probably not quite as much as Thomas’s first two books; I am really fond of Starr and Bri.
4/5 new babies

The Invisible Life of Addie LaRue by V. E. Schwab
CW: abusive relationship, alcohol abuse, assault (physical and sexual), death, depression, drugs, prostitution, sexism, suicide (attempted), war
I read another book last year about an immortal and I was so disappointed that a character who had been alive for 400 years could be so boring. I did not have that problem with this book. I really liked Addie as a character, in fact I liked all the characters. It’s also always nice to see casual LGBTQ+ characters that are secure, even when that’s not the main focus of the story. I liked Schwab’s writing style and the way the story wove forward and back through time. The only thing I wasn’t really sold on was the ending. I’m still not sure how I feel about it. Have you read it? What did you think? Also, one more thing. Schwab has a character who is getting her PhD in art history and she misidentifies Girl with a Pearl Earring as a Rembrandt. It’s a Vermeer. Editors??? You just missed that one???
3.5/5 forgotten faces

Cemetery Boys by Aiden Thomas***
CW: transphobia, character abuse (off-page), deadnaming of a trans character, death (parental), gender dysphoria, homophobia, misgendering of a trans character
This book was hyped a lot on Book Tok and Bookstagram and I was so ready to love it…and then I didn’t. I really wanted to love it. I thought the concept and cultural context was super cool, but I was not into the writing style. The language was repetitive and cliched. I found the character of Julian kind of obnoxious, which the protagonist, Yadriel, finds endearing, but I didn’t find it that endearing. I thought the pacing was off; there’s a big mystery to solve and Yadriel is still going to school and coming home on time for curfew? I know Yadriel was pretty straitlaced, but he was willing to skip school to make out with Julian, so it seems like he should be willing to skip school to find the murderer. I feel like I figured out the mystery long before Yadriel did, like he didn’t even try that hard. NOW, that being said, somewhere there’s a Latinx trans kid (or many) who is reading this book and feeling seen and validated for the first time in their life and I am so happy for them.
3/5 human sacrifices

Infinite Country by Patrica Engel ***
CW: assault (sexual and physical), sexual harassment, racism, alcohol abuse
This was my February Book of the Month and I read it straight through during the big snowstorm in Colorado. This book was gorgeous. The writing was absolutely beautiful and achingly sad. It is a story of a family separated across borders between the US and Colombia and examines themes of family, illegal immigration, justice, and loss. The characters were so human and the story of illegal immigration so universal and yet still personal. This is a great book to read to grow your empathy for immigrants and understand why so many are trying to come to the United States, even when our country is arguably not much better than theirs in terms of safety and opportunity. While it can seem like many immigrants come to the US and “why don’t they just come here legally?” it’s so important to remember how difficult it is to come here legally and it’s important to remember the role the US government has played in destabilizing Latin American governments and backing military dictators. Infinite Country is a searing portrait of a Colombian family trying to achieve their American Dream.
4.5/5 correctional girls schools

The Desolations of Devil’s Acre by Ransom Riggs
Peculiar Children book 6 of 6
The final book in the series! This whole series was pretty solid. I enjoyed reading every book. I like Riggs’s style and character development. It’s hard to have a lot of characters and make each of them distinct, but I think he does a good job. He also writes good dialogue, and I liked how the dialogue reflected well if the characters were older or from England or the US. Often it can seem that a writer is really forcing old fashioned or dialect dialogue from a place that isn’t where the author lives. Not to give away any spoilers, I was happy with the ending, though I do think it’s a bit tiresome that Miss Peregrine is always telling the children (some of whom are like a hundred years old) to stay home because saving the world is too dangerous. Like hasn’t she figured out yet that, 1) they won’t listen to her, and 2) she can’t save the world without them? I also think it’s a little annoying that Jacob is always sneaking off to save the world himself so as not to endanger his friends. They are all as willing to die to save the world as he is, and they’re more likely to save the world if they work together.
3.5/5 peculiar abilities

Elatsoe by Darcie Little Badger***
CW: racism, classism, death of a family member, grief
Surprisingly and entirely coincidentally, this book was a little like Cemetery Boys in that it’s about young people who can raise ghosts and and a mysterious murder. I did like the writing style more than Cemetery Boys though. I also loved reading about Lipan Apache characters and the way storytelling was woven into the narrative. I was intrigued by the world in Elatsoe, but I also feel like I could’ve done with a little more information/explanation about it. I also appreciated that Ellie, the protagonist, and Jay were working hard to solve the mystery (as I didn’t feel Yadriel in Cemetery Boys was), and I only solved a few pieces of the mystery before Ellie. My only critique is that Ellie was a 17-year-old character that read to me more like a 12-year-old. I’ve been thinking a lot about it and I haven’t figured out why she came across that way to me. I also think it’s important to point out that a lot of YA has 17-year-old protagonists who act like adults, which is not how real 17-year-olds act, so maybe media has created a bias?
3.5/5 ghost dogs

My book reviews CCP blog post can be found here.

Catland: The Soft Power of Cat Culture in Japan by Sarah Archer
I first heard about this book on Episode 377 of the Community Cats Podcast. If you’ve listened to the episode (which I highly recommend), you’ll know all about Archer’s book Catland: The Soft Power of Cat Culture in Japan, which, since I first heard about, I’ve been super excited to read. Archer is a writer, curator, and design and material culture historian, and in Catland, she examines Japan’s fascination with cats through the ages. The book is filled with gorgeous color images of life with cats in Japan and it is truly a joy to look through. Archer explores Japan’s rich history of cats, including in woodblock prints from the Edo period and the proliferation of the maneki neko, or beckoning cat as a symbol of welcome and luck, the concept of Nekonomics, or the net economic benefit that cats or cat imagery bring to a community in Japan, and the arts and crafts industries that cater to cats and cat lovers. The book is full of charming locations like shrines full of resident cats, cat cafes, bathhouses and train stations with cat mascots, cat pop culture icons like Hello Kitty and Doraemon, and kawaii (cute) products and characters. Archer definitely convinced me that Japan should be the next location on my travel wishlist (as soon as we can travel again!).
Rating: 5/5 Hello Kitty keychains

$5 for a Cat Head by Linda Chitwood
Linda Chitwood, founder of the Homeless Animals Relief Project, shares stories from her 25 years of animal rescue. The Homeless Animals Relief Project provides spay/neuter surgery for low-income pet owners living in rural Mississippi and 100% of the proceeds from this book go back to supporting their mission. I enjoyed reading the stories of animal rescues, both successful and heartbreaking that Chitwood shares. She also includes hands-on tips and lessons learned for others involved in animal rescue. Though at times a bit preachy and heavy handed, the stories are engaging and there is a lot to be learned from Chitwood’s experiences.
Rating: 2.5/5 rescued road-side animals

The Lives and Deaths of Shelter Animals by Katja M. Guenther***
CW: descriptions of neglected, abused, and euthanized animals
Probably everyone who works in the animal welfare industry should read this book. Dr. Guenther is an Associate Professor of Gender and Sexuality Studies at the University of California, Riverside, and she brings an anthropologist’s eye to the inner workings of one of the large animal shelters in Los Angeles. She explores how race, gender, class, and species intersect in the complex hierarchy of the shelter system. I learned so much from Dr. Guenther’s book and her keen observations made me rethink my assumptions and biases. Though I am a cat person and Dr. Guenther tended to focus on dogs, I was fascinated by her analysis of pit bulls and the ways in which racial perceptions impact them and affect their chances of being euthanized rather than adopted. Dr. Guenther also takes on what she calls “the myth of the irresponsible owner,” where pet owners from lower income, non-white areas tend to be blamed for the various systemic barriers that result in their needing to surrender animals to the shelter. Overall, I felt Dr. Guenther’s book is an extremely important work that encourages us to be more compassionate and reminds us that the oppressive systems at work in society at large are also at work in the microcosm of the shelter. The book invites us to rethink the entire sheltering system to make it more equitable and humane.
5/5 misunderstood pitbulls

***This book is part of my Books for a Social Conscience series! Read Concrete Rose to understand more about Blackness in America, including Black fatherhood and Black masculinity. Read Cemetery Boys to learn more about the trans experience, particularly in the Latinx community. Read Infinite Country to learn more about undocumented immigrants and the problems in Colombia (and much of Latin America) that were caused by American interventionism. Read Elatsoe to learn more about the Lipan Apache and more about Indigenous experience in general. Read The Lives and Deaths of Shelter Animals to learn more about systemic racism and how race, gender, class, and species interact to create inequality and cruelty.
Reads marked as part of the Books for a Social Conscience series will regularly address topics like race and racism, colonialism and post-colonialism, LGBTQ+ experience, feminism, BIPOC experience, social and political issues, history, identity, class, disability experience, immigration, gun violence, poverty, colorism, environmentalism, and more! The goal of these books is to diversify the stories we’re reading, grow our empathy for those who are different from us, and amplify voices who are often silenced.