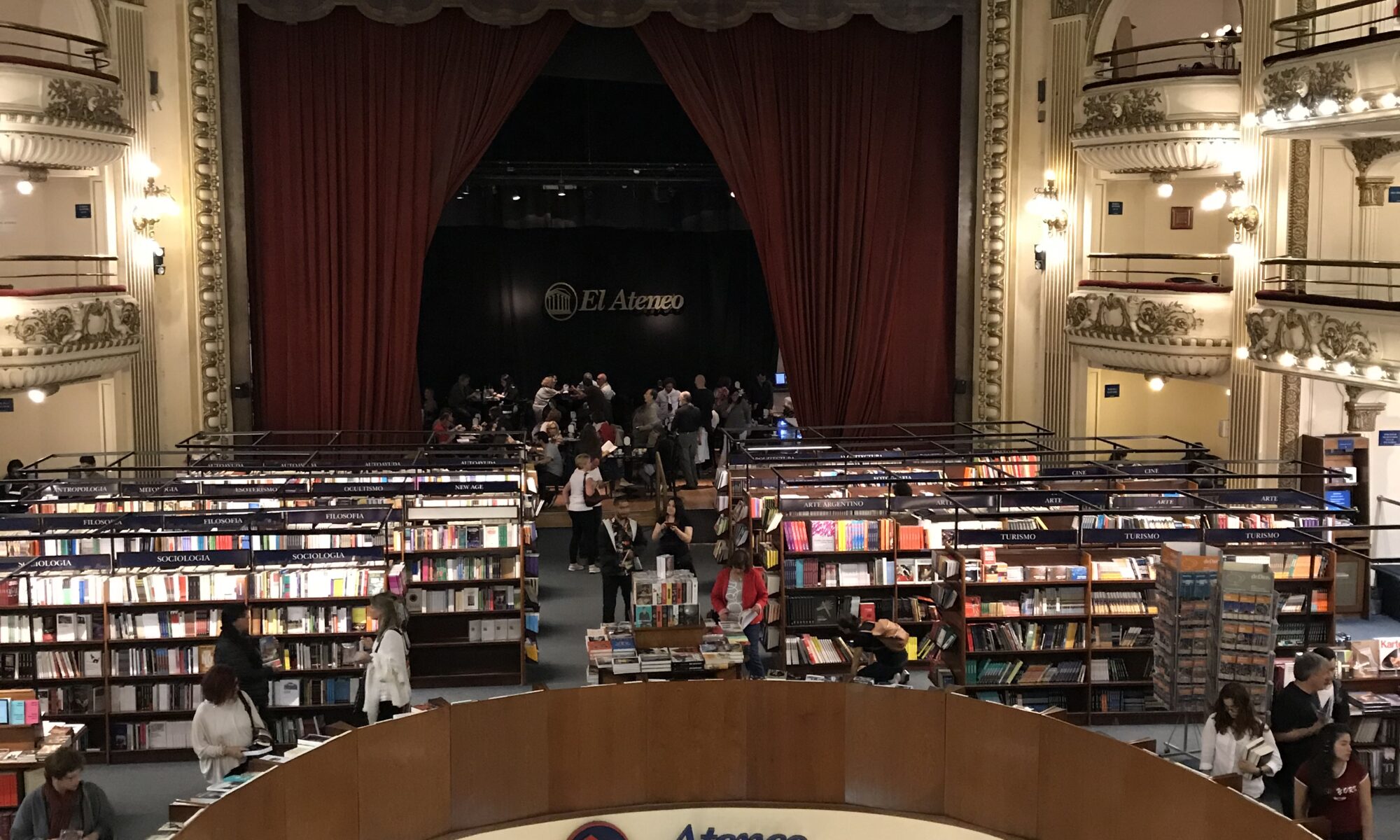 The Magnolia Palace by Fiona Davis
CW: ableism, racism, misogyny
I actually finished this on January 31st but I had already posted the January book blog. I loved almost everything about this book. I loved the parallel story lines and the art history elements and the examination and contrast of women in 1919 and 1966 who were all unique trailblazers in their own way. What I didn’t love about this book is a spoiler so read on at your own risk.

Read More: SPOILERS AHEAD
The resolution to the mystery was that Miss Winnie is faking her deafness. I talked about this a bit last month as well, but the stereotype that disabled people are faking their disability to get benefits is so harmful. I was just really disappointed by that solution.
3.5/5 sculptures

The Sandman Act II Radio Drama by Neil Gaiman
CW: (from Audible) “This content is not for kids. It is for mature audiences only. Just like the original graphic novels, this audio adaptation contains explicit language and graphic violence, as well as strong sexual content and themes. Discretion is advised.”
I’ve mentioned on this blog before that Neil Gaiman is one of my favorite authors. I’ve read all his novels and short story collections, so I’ve been slowly trying to read and listen to the Sandman comics as well. Honestly, I’m not sure it’s my cup of tea. I’ve been trying to like it, but it’s a little too gory and violent for me. There are always a few stories in each volume that I like, but overall I don’t love it. This radio drama covers about Volumes 4-6 (doesn’t cover quite all of 6) of the comics. It’s really well performed and has a lot of big name actors. Kat Dennings as Death is one of my favorites for sure.
3/5 weird families

Lobizona by Romina Garber***
Book Hangover Alert**
Wolves of No World book 1
CW: misogyny, immigration detention, ICE
I loved this so much. It made me super nostalgic for Argentina, reading it felt like coming home (which is also how reading Harry Potter makes me feel). It does have a magic school and witches and magic, but it also has things that would make HP better if it did have them, for example, diversity. Our protagonist is an undocumented Argentine immigrant trying learning how to balance the different parts of her identity. I just can’t even explain how much I loved it. I need the next book. Someone give it to me.
5/5 brujas

Chronicle of a Death Foretold by Gabriel García Márquez
Book Hangover Alert**
The main character in Lobizona is reading Cien Años de Soledad and she gushes about how much she loves it. This made me want to read it. I don’t have a copy of it but I do have a copy of Chronicle of a Death Foretold. Honestly, I was surprised. I didn’t expect to like it and I really did. It was hard to put down and I’m still trying to figure out how Márquez did it. I didn’t feel like I cared or felt bad for Santiago Nasar who dies at the beginning (whose death was foretold), but I couldn’t stop reading. I wanted to read this in Spanish but my reading level isn’t quite that high in Spanish. I liked his style a lot. The most interesting part of this book for me was the sort of bystander effect that pervades the whole community. There’s only one person who actually tries to stop the murder, but as a woman she doesn’t really have any power to stop it. I’m also thinking a lot about the woman whose accusation kills Nasar and how women have to go to extreme lengths to escape unwanted marriages and shame and all the double standards related to the sexual lives of women verses men.
4/5 pig slaughter knives

The Second Rebel by Linden A. Lewis***
Book Hangover Alert**
The First Sister Trilogy book 2 of 3
CW: body dysphoria, sexual slavery, fantasy racism, medical experimentation
I really liked this one, maybe even a little more than the first one. The first one had to do a lot of world building so we knew what was going on, and this time, we just got to enjoy the plot and characters. Again I love the diversity of the characters; we have a few nonbinary characters, an asexual character, some wlw relationships, disabled characters. One thing I love about these books is the portrayal of the resistance fighters against the oppressive governments. Often in novels resistance fighters are unambiguously good guys and I really like how Lewis shows the hard decisions and the gray areas and the ease with which those fighting oppression slip to the level of their oppressors.
4.5/5 bioweapons

Dandelion Wine by Ray Bradbury
CW: femicide, serial murder
I really like Ray Bradbury, but this one wasn’t my favorite. It’s billed as a novel but it’s really more like a collection of short stories or vignettes all set in the same town over one summer. Some of them I liked a lot, but it wasn’t super novel-y in my opinion. I don’t think it was as good as Something Wicked This Way Comes or Fahrenheit 451. I really like Bradbury’s writing style and the way he uses descriptive language. My usual complaint for his books is the lack of distinctive female characters that aren’t like “mother” or “wife” tropes. I liked in this book that there actually was a memorable female character in Lavinia. There were a few other female characters, but she was the most interesting.
3/5 happiness machines

The Betrayal of Anne Frank by Rosemary Sullivan***
Book Hangover Alert**
CW: the Holocaust, anti-semitism, persecution of LGBTQ+, Sinti and Roma, and disabled individuals
In the wake of all the book banning, particularly of Maus, I thought this was an appropriate read (since I’ve already read Maus), and my best friend highly recommended it. This book was utterly fascinating. I learned so much. I loved the compassionate way the cold case team explored the mystery and how they grappled with how anyone could betray another to the Nazis. It’s so important for us to study history and see the effect that extraordinary circumstances have on ordinary people so that we can understand how so many ostensibly good people went along with the Nazis.
4/5 secret bookcase-doors

Foundation by Isaac Asimov
CW: sexism, murder, suicide
This book is lauded as one of–if not the–best science fiction book of all time. I didn’t love it. It was a bit dry. It was about politics and economics which people seem to think is groundbreaking in a science fiction book…but I guess I don’t usually choose to read science fiction because I want to read about politics and economics? And my tired old complaint: there is only one female character and she’s a nasty, nagging wife. Just felt pretty “eh” about it.
3/5 future plans

Klara and the Sun by Kazuo Ishiguro
CW: classism, discrimination
I guess the theme this month is science fiction. I really liked this book. I thought it was really unique. It’s written from the perspective of an AF (Artificial Friend) and the voice and the perspective are really interesting. I liked the way this future world was revealed to us slowly through Klara’s keen observation. I also enjoyed thinking about all the different ethical considerations when dealing with artificial intelligence and gene editing. What rights should androids have?
3.5/5 artificial friends

The Four Winds by Kristin Hannah***
Book Hangover Alert**
CW: classism, discrimination, poverty
This was BOTM’s Book of the Year last year and it deserved it. It was great. I cried. I laughed. I cheered. I raged. I reveled in the story of two strong, gritty women and the ways they each come into their own. I also learned so much about the Great Depression, which was apparently much worse than I ever knew. I labeled this as a Book for a Social Consciousness. Usually books with that designation will be by authors of color, feature characters of color or different LGBTQ+ identities. This one is by a white woman and about descendants of Italian immigrants who were trying to survive during the Great Depression in Texas and California. It touches on themes of classism, worker’s rights, immigration, and how easy it is to “other” outsiders when times are tough. Somehow, even though it’s about the Great Depression, it’s still super relevant to today.
5/5 Hoovervilles

The Lost Continent by Bill Bryson
CW: fatphobia, ableism, anti-Native stereotypes
Bill Bryson is one of my favorite travel writers. He’s so funny and has such amusing observations even when he travels to a place, stays one night in a hotel, eats in one restaurant, and complains about how expensive all the attractions in the area are. This is one of his older books, and some of the humor does rely on negative stereotypes about disabled people, fat people, and Native people, which is, of course, not ideal. But overall, it was fun to go with Bryson on his long road trip across small town America.
3/5 perfect small towns

The Bad Muslim Discount by Syed M. Masood***
**Book Hangover Alert
CW: domestic violence, sexual coercion, war, anti-Muslim racism, illegal immigration
I don’t really know what I was expecting from this book but it surprised me every step of the way. I loved the intimate portrayal of different experiences of Muslim immigrants living in the US through events like 9/11 and the Trump presidency . I liked the messy characters and their messy lives and Anvar’s messy family (but not Safwa’s messy family). Very contemplative and nuanced and kind.
4.5/5 bubblegum ice creams

***This book is part of my Books for a Social Conscience series! Read Lobizona for a more diverse fantasy experience that grapples with trying to change entrenched cultural norms. Read The Second Rebel to see more diversity in science fiction. Read The Betrayal of Anne Frank to learn more about the Holocaust and the realities for Jews, other marginalized identities, and those who tried to help. Read The Four Winds to learn why Amazon’s company town idea is such a bad one that we really don’t need to repeat. Read The Bad Muslim Discount to learn about different Muslim perspectives.